SooOoooOoooo I finally took that trip back east I’ve been talking about since forever ago.  I guess I technically didn’t mention it on here, but in real life I have.  I’ll start mentioning things like that on here, I swear.

My dad and I took the red eye to Newark, NJ and had absolutely zero problems getting on any flights (I guess my luck is dwindling because I’m at the airport b/c I have missed a flight. SO SO SO  shitty.)  We stayed with my Dad’s best friend so I was lucky enough to not have to worry about any sketch surprises in any NY hotels.  With that being said, as soon as Eddie picked us up my dad demanded we go to white castle.  (I don’t even like meat like that so yes, I was irritated, I wanted breakfast food–smoothie, oats. That good good) 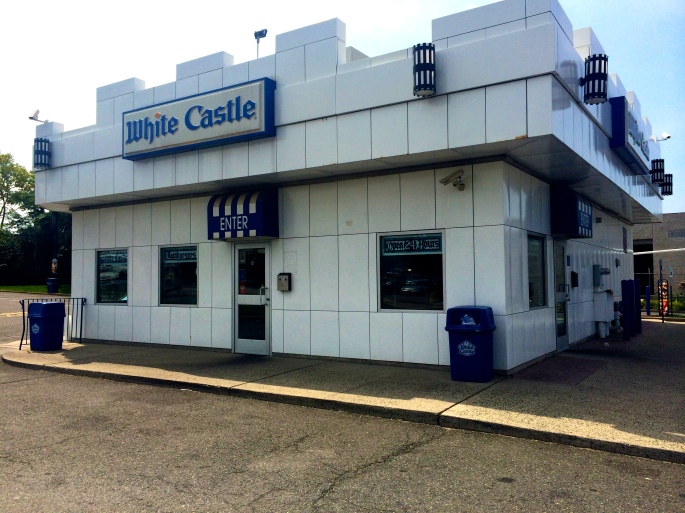 When we got to Eddie’s, I passed out for a solid three hours.  Red Eye travel isn’t for me, but in terms of traveling back east it is definitely the way to go.  One of the things my dad had on his list of things to see in Jersey was to visit his mother’s mausoleum in West Orange.  I don’t remember much of the woman except we used to write quite a few letter back and forth, but apparently I was her favorite and my dad loved/love her ALOT.  I can count the amount of times I have witnessed my dad cry and her death was one of them.

When I woke up from my nap, we drove to see her.  It turned out a few years back my uncle had moved his brother and her mother to be next to them as well, which was a nice surprise.  I have a faint very very faint memory of my grandmothers funeral and where we would visit when I was younger, so I was surprised that I had a sense of remembering I had been there several times before when we got to her masoleum.  It’s a beautiful place.

My parents are from Newark — it’s not the nicest places to grow up, in fact it was probably the worst, but that doesn’t mean they don’t have fond memories.  So after the masoleum, my dad insisted on driving through the city so I could see some of the places he hung around and where he called home.  I literally got a view of all of Newark — even the New Jersey Devils stadium.  And after the tour? Food.  Always food with dad. We went to a place in Newark called Jimmy Buff’s which is known for their ‘Italian Style Hot Dogs,’ which is basically a hot dog in a french roll stuffed with peppers, onions and potatoes.  It’s messy, but it’s absolutely delicious.  I don’t think I’ve ever gone back east and NOT had one.

The next morning we went into the city aka I was drooling/bouncing off the walls like my niece on Christmas day.  Our first stop, another one of Jaymes’ choices’ was the 9/11 memorial and museum.  PHOTO

We spent a few hours looking at all of what used to be the World Trade Center and the pieces they were able to salvage.  I didn’t think I would get as emotional as I did but it happened. I cried. My dad cried too.  The final voicemails from the families in the airplanes broke my heart.  I am truly surprised they were even able to get a word out because I think I might be crying too hard/too frozen knowing my time on earth would be rudely and senselessly coming to an end.

The museum and the memorial is a beautiful symbol of our country and my time there was worth while. 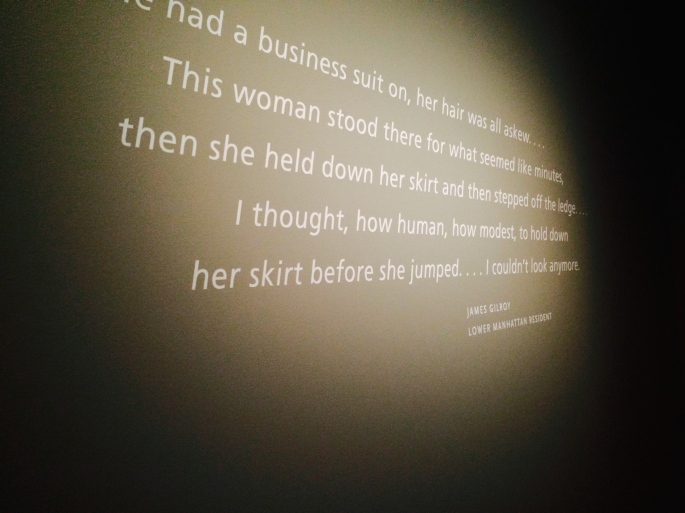 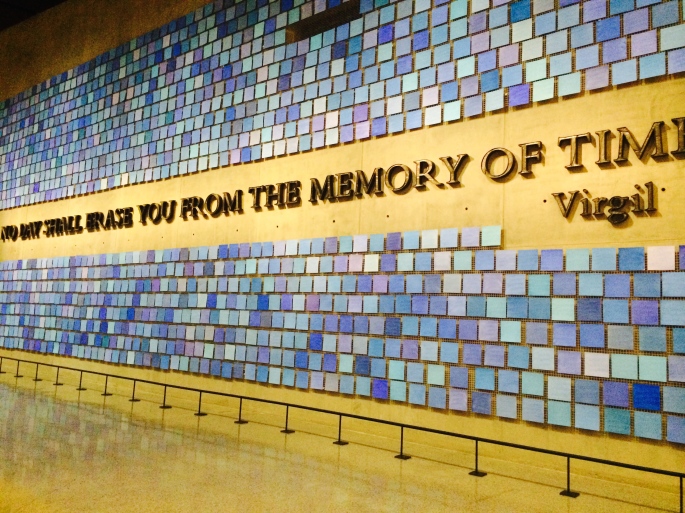 Our next stop was someplace that could lift our spirits because let me tell you we weren’t feeling so hot when we left.  TIMES SQUARE PLEASE!!!!! After a successful trip on the Subway we found ourselves in the midst of utter chaos and smoke.  I enjoyed every bit of it. But I was hungry.  And when I am hungry I am a bit irritable.  That was an underestimation. When I am hungry I can probably murder a human with my eyes alone.  So after 30 minutes of meandering through/around Times Square I made it mandatory that we found someplace to eat. That had a veggie option with lots of vegetables.  After another 45 minutes (I KNOW, I HATE IT TOO) we settled on Chipotle.  Sad, I know because NYC has so many great restaurants but when you are hAngry you want what you know.  We ordered our Chipotle in one of the most chaotic Chipotle’s the world might have and brought it to a park nearby — Bryant Park. Aka my second favorite park in the City.  On this beautiful Thursday afternoon, there were about 150 yoga mats laid out in the park to my right and business men in a bar (happy hour?) drinking and talking over loud pop music to my right.  SO COOL.  My Dad and I ate at an open table Because you know, they have those around in New York and enjoyed, more like loved the break 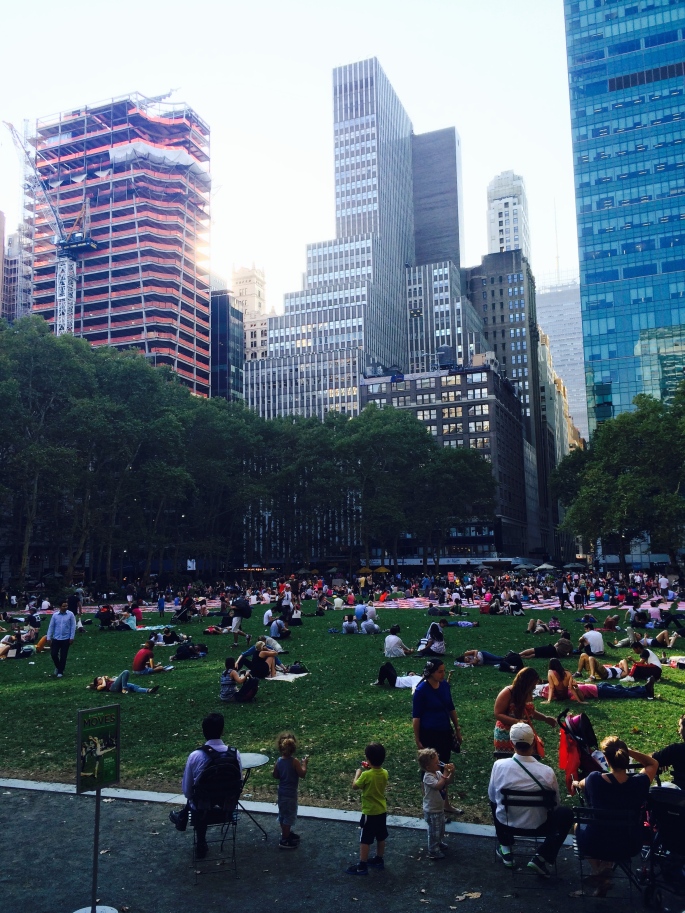 As we were finishing our Chipotbae extremely uplifting and happy music from the park began blaring from the speakers near the Yogis.  Then in the middle of the mats a small group of yogis (assumption) began dancing in a way only Yogis can.  It was like a freelance, check out how I can balance on his arms while doing a handstand type of dance.  The music was awesome and they were awesome.  I was mesmerized.  This dance-stuff went on for maybe 30 minutes while my dad and I took a few goofy photos.

Twas time to make the trek back to Newark because I had to immediately pack and head back to SoHo to meet up with my friends for a fun night out!!! WHOO HOO