I was forced to take a Phonology (meh) and Grammar test (booOooOoo) to pass my TESOL course/get on the bus to Siem Reap to see some of Cambodia’s most famous temples.

On our way to Siem Reap, we stopped in a little town called Spider Village.  Initially, I openly talked about how I was not going to hold a spider and how I was absolutely not going to eat a spider (ya, they fry them and nom on them.) However, I can be a sucker for peer pressure and I also don’t like to miss out on an experience…unless the experience will probably kill me, I don’t mind passing that up.  SoOoOoo, as soon as I got off of the bus I found myself with a spider on my hand.

VV Give me a break, I can’t always be calm and composed VV

Some of the people in the group had spiders on their shirts…..

So then I had to have a spider on my shirt. And then one spider became two… 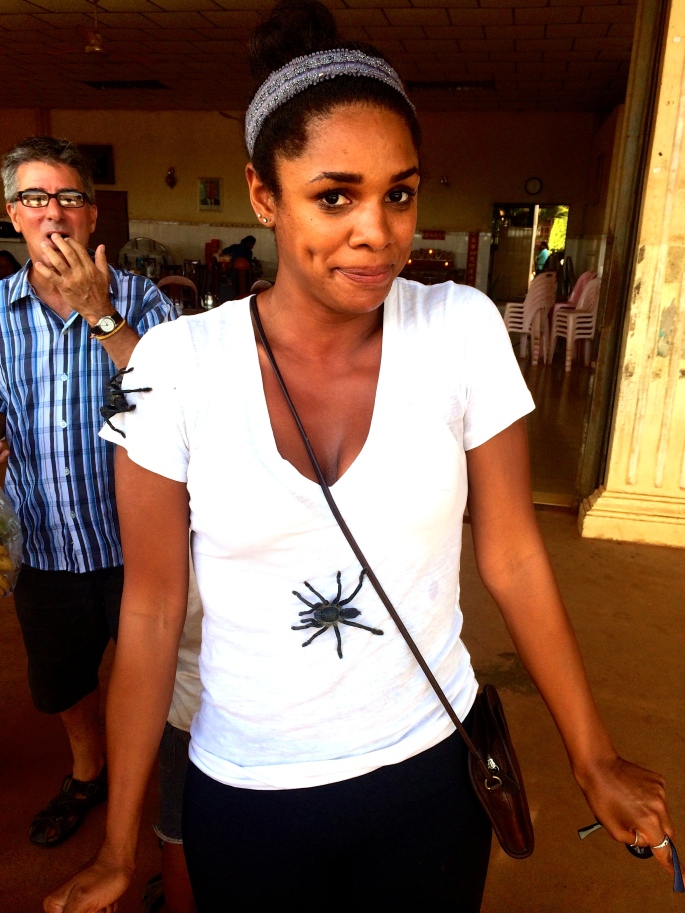 My best friend, Megan, wasn’t too great at handling the spiders so this move by one of the Cambodian little girls didnt’ fly. LOLOL

I cried. Well after I got the hell out of the way.

You have to watch.

I’ve yet to lead you wrong, right?

This isn’t as funny vvvv, but they also had insects (roaches? crickets?) friend and as an option to eat. I didn’t go there.

Sidenote–we were told to be aware of restrooms that were basically a hole in the ground that you had to squat over with a bowl in a small pool of water.  I doubted if I would ever come across one.  I came across one in Spider Village. AND I had to pay 1,000 Riel (LOL 25 cents). But you gotta do what you gotta do.

Obviously I wasn’t that pumped. 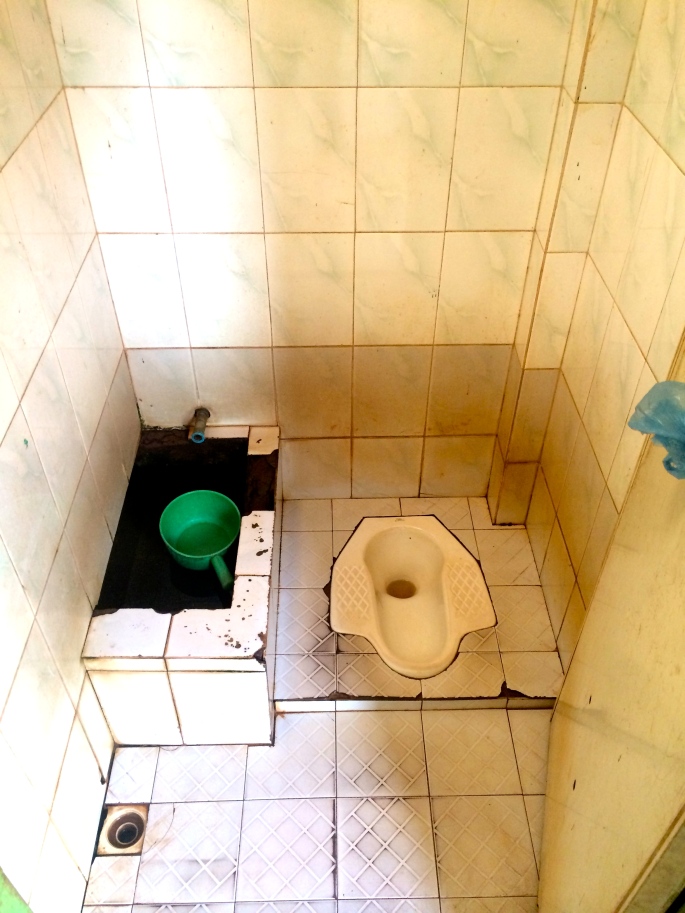 We got back on the bus and continued on to Siem Reap…which we thought would be a 5 hour drive. Turned out we had 8 more.  The drive wasn’t totally awful.  Some of our stops were not only necessary but beautiful 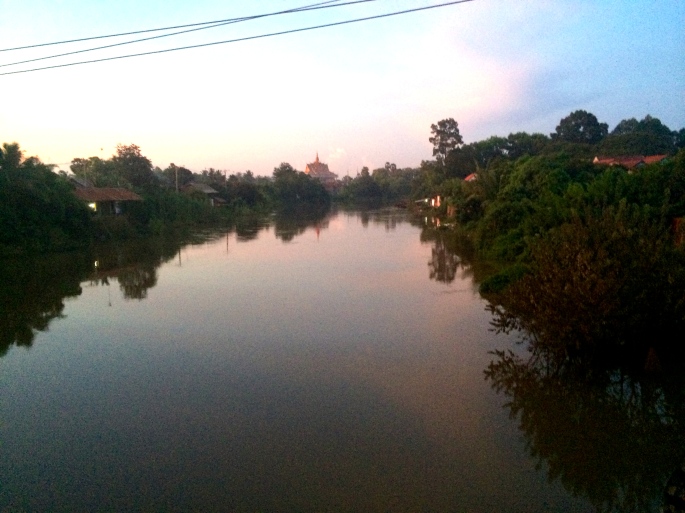 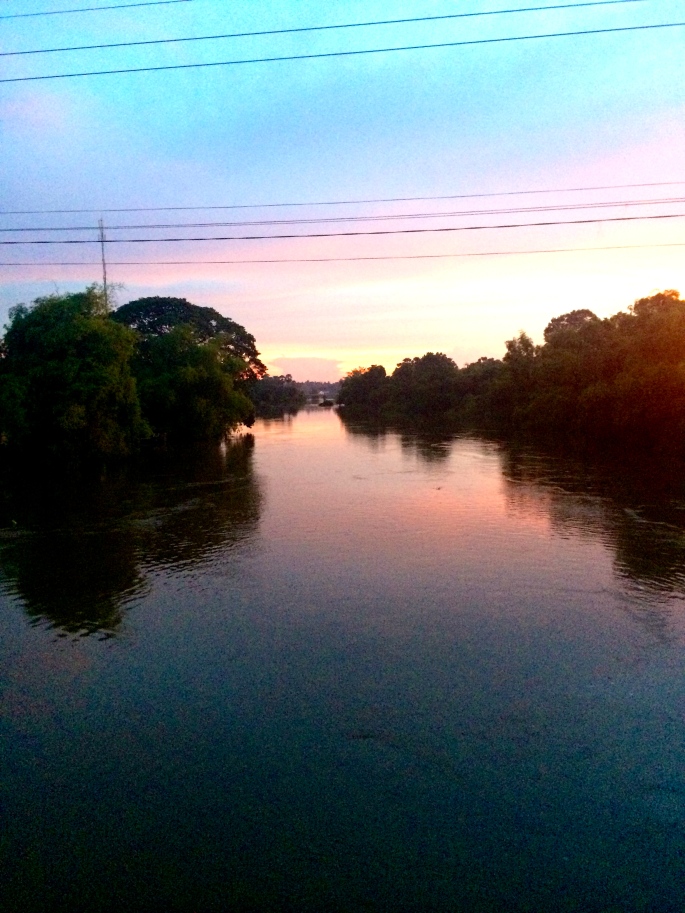 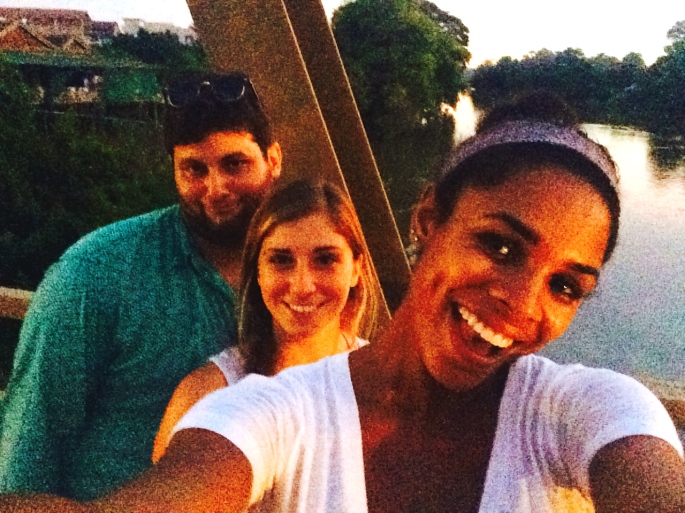 In the dead of the night……….which is really about 10pm we FINALLY arrived at a teeny hole in the wall restaurant called Happy Food.

That was a lie, I don’t know what the name of the restaurant, but I know Happy was in the title.   Anyways, the “thing to order” at the restaurant is called “Happy Pizza” which apparently is made with weed.

Idk who, I’m not a snitch, but rumor has it that the pizza was tasteless and not worth the order and the human felt no type of buzz or ‘high.’

But apparently the effects (affects? shoot me grammar police) may vary.

Around midnight we finallllllllllly made it to the hotel.