This time last year I was freezing my ass off in beautiful Ellicott City, Maryland celebrating Thanksgiving with my Dad’s side of the family.

Granted I almost missed my flight because I was beyond hungover/still drunk from going out with the Elon Men’s Soccer Team after their disappointing loss in the NCAA tourney.  It was quite the morning. My Dad was mad at me, I was mad at him, we had a very long travel day of not speaking, but that’s another story you will never hear. 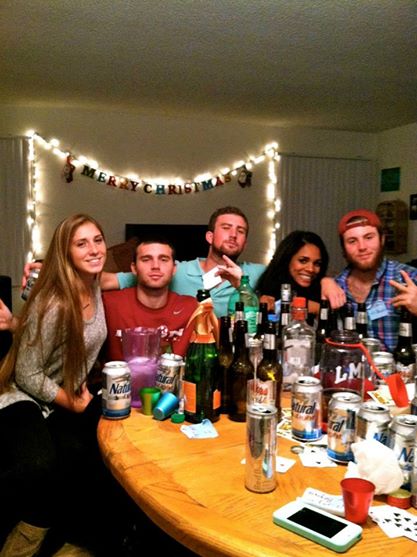 but back to the better parts of Thanksgiving…..

If there’s one place I always look forward to visiting is my Uncle Stanley’s house in Maryland. My Aunt and Uncle just have a way of making it my home as well as theirs.  The beautiful landscape, fresh air, and wildlife doesn’t hurt either. It’s a huge change of pace from the Southern California lifestyle.  With that being said, after four years of being unable to travel during Thanksgiving because of college soccer, it was a no brainer decision to go to Ellicott City for Thanksgiving.

Whenever I travel anywhere I have a bazillion things on my list of things to see but with a limited amount of time I had to narrow my list down to a few places. Being obsessed with Scandal I insisted I go to Washington D.C. In the pouring rain. 40 degrees. Windy.

My Dad being the weather punk he is (California has made him soft) refused to go with me, but my Mom being the angel that she is promised to brave the rain.  We walked all over the Nation’s Capitol, froze our asses off, tried to get Michelle Obama’s attention and had your classic mother daughter day but better because my mom is Belinda and if you know Belinda you know it’s just a little/a lot more adventurous than the norm (not hating on other moms).  Oh and I spent a solid 30-45 minutes laughing at her for falling in the middle of the street. I was crying. Thank the LORD I only got a portion of that klutz gene. 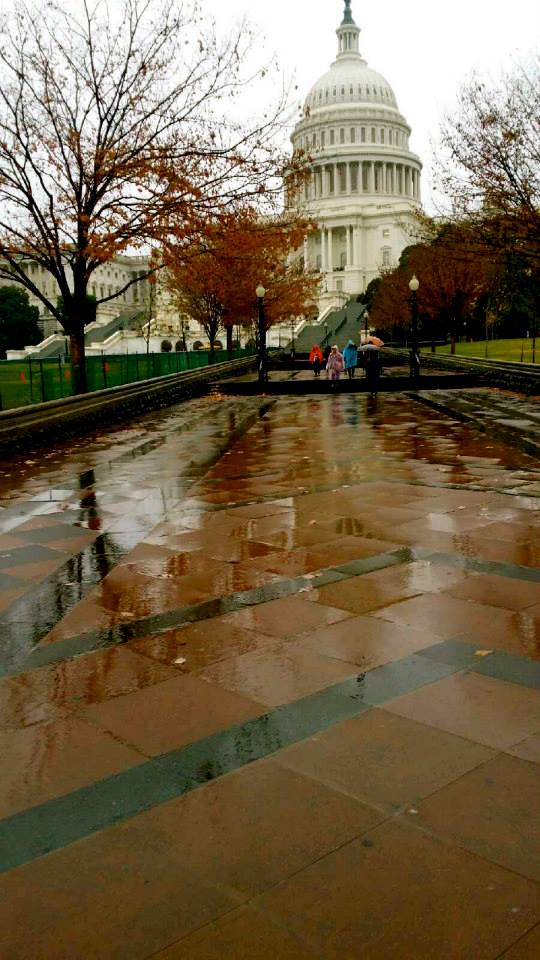 Thanksgiving day was awesome.  I got to reconnect with family members I haven’t seen in years, spend time with my parents, enjoy a new side of the country and eat great food…. I’m not really a fan of traditional Thanksgiving dishes, but I guess it was delicious and I had food coma and I napped and then woke up and ate more. But I’m not really a fan. 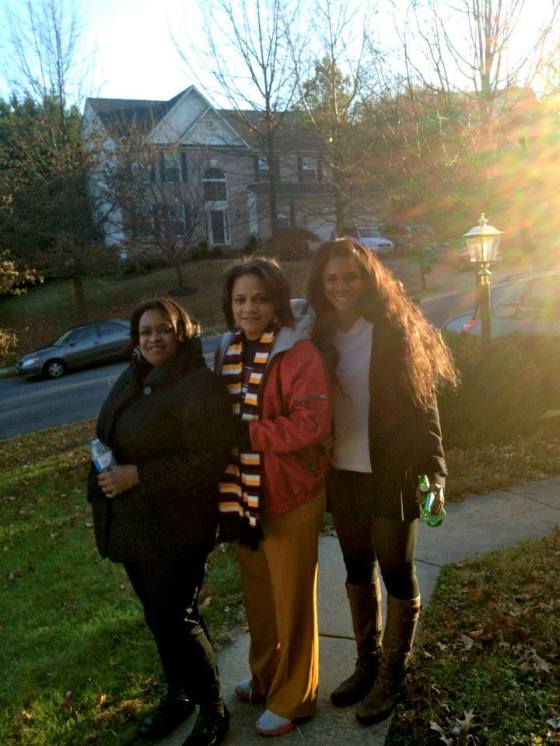 The only thing that could have made this trip even more perfect is the presence of my sister and her family.  Traveling with a 7 year old and an 15 month old (yes, for the psychos he was a year and three months) is HARD WORK.  Traveling on my own is a task so I can only imagine doing it with two young children. Kudos to the super moms out there.  All of this brings me to this years Thanksgiving….

I never understood the point of Friendsgiving.  But for the first time in my entire life I’m having a Friendsgiving because Thanksgiving with my family is just not possible :(. As sad as this is I was prepared to order sushi or pizza and nom with my roommate Megan and call it a day.  Thank THE LORD that plan was squandered.  I’ve said this before but getting my TESOL with Language Corps has been the smartest thing I could have done.  A GROUP OF FRIENDS IN A FOREIGN COUNTRY CHANGES THE GAME YA’LL.  One of the houses somehow found a turkey here in Vietnam. “Not even a fan of Thanksgiving food” but heeellllllloo it’s the bringing people together that I’m all about.

Myself, like most of the VUS teachers had to teach  class from either 6-9 (me) or 6:30-9:30 (Megan) so I had plans to get leave work as quickly as possible and head home to wait for Megan to get home so we could head to Katie’s for Thanksgiving dinner…….You know that saying ‘Man plans God laughs?’  Well I caught Him laughing at me again!

As I was leaving campus at 9:05 (that means I was elbowing kids out of my way) I hear several security guards and another teacher screaming, “STOP! STOP! STOP!” Obviously something major was happening so I pulled over to see what was wrong.  Apparently, I had a flat tire.  Even after looking at it, poking it, squeezing it, staring aggressively at it and squinting with one eye, I couldn’t see what they saw. Regardless, they insisted I could not drive it home (you know I would have) and to get it fixed.  So I pick up the phone at 9:10 to call the rental company to have them fix my tire. I’m that impatient person that thinks things happen immediately so I’m already stressed on time and wondering where the hell my rental guy is ten minutes after I place the call. I was also on the verge of tears because things like this make me fell helpless and sad.  I purposely did not respond to my mother on Tango to tell her what was going on because it surely would have resulted in a pool of tears and I just couldn’t have that.  FINALLY at 10PM (the rental place is maybe 20 minutes away–jackasses) the rental man shows up and simply hands me the keys to a new bike and says if I want to get my old one back I can bring it tomorrow. WTF. I tell the sweet security guard who waited for me the entire time that I was leaving and he could go — He willingly waited an extra 30 minutes with me. Angel (I must buy him a Banh Mi).

I race home at the speed of light, but still really slow to avoid anymore accidents.  I get home around 10:20, pee, grab wine and Meg and I are off to our Thanksgiving Dinner!

We got lost. We got lost quite a few times. We were all over in and around different weird and unusual looking Vietnamese alleyways. Finally at 11PM we found Katie’s place excited as HELL to eat Thanksgiving food.

[[But first we had to park our bikes in the garage. This son of a bitch was a steep ramp with a drop off on the other side — so imagine a cliff — and the space I was allotted to park my bike was limited. LOL.  Did I also mention the new bike is bigger and heavier? Yeaaaaa.  My goal was to floor it enough to make it up the ramp without going over the other edge of the cliff while at the same time not going in reverse and knocking the other bikes over causing a domino effect. It’s a balancing act this motorbike thing.  I make it halfway up the ramp, get stuck, start slowly going backwards, freak out, squeal like a little girl, floor it to make it up the remainder of the ramp and then SLAM on the breaks to not go over the edge. SO effed. Jeremy, witnessing my struggle offered to help Megan push her bike up the ramp. Haha ha ha haha. As he was moving the bike up the ramp, I think he misjudged the weight of the bike because the bike starts to tip away from his body….taking Jeremy tumbling on top of it hahahaha.

Well. We were very late. And as you all know, when it comes to Thanksgiving food you must get what you want ASAP because people eat to nearly kill themselves stuffing face on this wonderful day.  We should have known that when we got there we would be left with scraps.  And we were. We got a bit of leftover turkey, eggplant (Jos, it was the best eggplant of life) a scoop of corn and bread. BUT we were left with quite a bit of pie!

But as I stated above, the food doesn’t really matter to me. This year especially, Friendsgiving is about being with friends and wine.  Lots of wine.

Cherish your families on this day….and everyday ❤